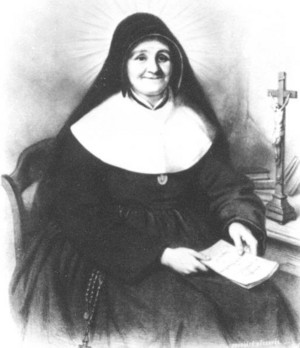 The Sisters of Notre Dame de Namur have a longstanding legacy – in Boston and around the world – as excellent educators.

Since their founding days in France, they have “trained up strong women."

The Sisters of Notre Dame de Namur were founded in 1804 by Saint Julie Billiart and Francoise Blin de Bourdon. Julie, a peasant woman, and Francoise, a noblewoman, were an unlikely pair but together they proclaimed God's goodness during the upheaval of the French Revolution and were committed to educating poor young girls.

Today, the Sisters continue to proclaim God's goodness across five continents and in a variety of ways but with "educating for life" as a firm foundation.

To learn more about SNDdeN schools and education initiatives around the world, visit www.notredameonline.org. 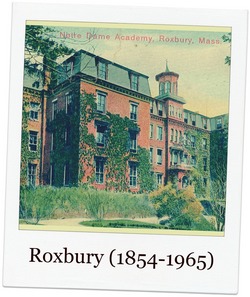 The Sisters of Notre Dame de Namur brought the teachings of Saint Julie Billiart to Boston in 1853, opening the first Boston Academy of Notre Dame on Lancaster Street in the North End. A second Notre Dame Academy followed in 1854 in Roxbury, eventually boasting both an elementary school and a boarding program. 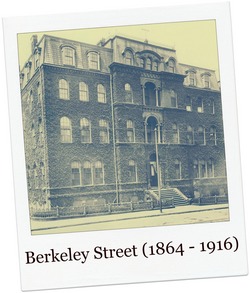 The Boston Academy quickly outgrew the Lancaster Street location, moving to Berkeley Street, then 400 The Fenway, where Emmanuel College was established in 1919. As the college grew, the Sisters moved the Boston Academy once more, to Granby Street, where it remained until 1954. At that time, the two Academies were combined at the bucolic Roxbury campus. Boarders transferred to the Academy of Notre Dame in Tyngsboro, and the entire mansard roof brick Victorian was filled with elementary and high school students.

As the city changed, many Boston families moved to the south shore, increasing the need for a Catholic high school for girls in the suburbs. After a long search, the Sisters of Notre Dame purchased a large tract of land in Hingham.

Today, the 68-acre campus draws students from 40 cities and towns, from Boston to Cape Cod. Saint Julie’s edict to “teach whatever is necessary to equip the students for life” has expanded to include Mandarin, neuroscience, engineering, and more. A highly competitive athletic program, expansive campus ministry program, and wide ranging opportunities in the arts and after school make for a dynamic college preparatory environment.